It seems like the movement of people with a narrow perspective of equality and faith—particularly as it relates to LGBT people—is growing angrier and more desperate. So, if you’re like me, you may have seen fit to insulate yourself in the company of other like-[or open-]minded people, find refuge in the sanctuary of a largely LGBT church, or remain safely within the borders of a “gay ghetto.” You may also have customized your Facebook and Twitter feeds to deliver only news to you that supports a fully inclusive world view, hiding posts from egregiously bigoted people. 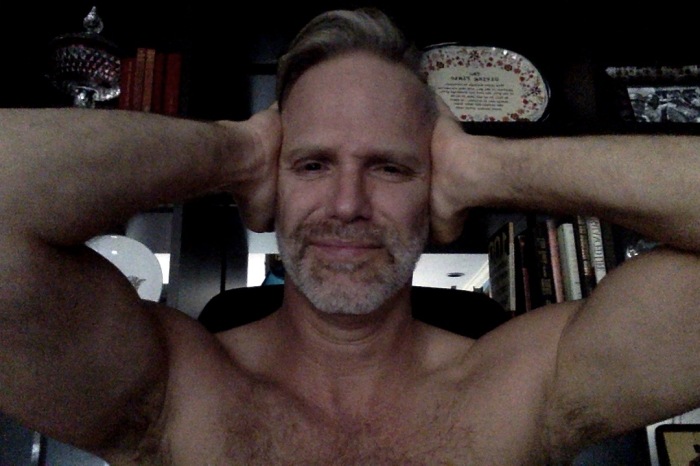 But despite my efforts, the negative stuff slips in. And yet, I actually think it’s helpful, from time to time, to truly see what we’re up against. So this week, I want to share some of what’s being said about us out there.

First of all, you know they call us homosexuals, right? Not gay people and certainly not “same-gender loving couples.” True, we’re not heterosexual but their use of the term is purposeful. It is very specifically dripping with the same disdain, the same “found in the list of mental illnesses” justification, the same condemnation, the same ire.

They claim that we “co-opted the word ‘gay’, thereby replacing the image of sodomites with happy sunshiny “gay” people…” and so refuse to call us anything other than what we are.

[We are rather happy sunshiny, aren’t we?]

And they love to use the word sodomy, as if the sex act were the only thing that defines us. That would be like defining heterosexuals by the method of their preferred sex act. (Would that make them Missionaries? Vaginites?) I have no clue why they are so hung up on sex. Though they say sex is just for procreation, there sure are lots of heterosexuals talking about it and engaged in it—you know, like fornication and adultery. Odd they don’t spend more of their energies addressing those evils.

The web site Americans for Truth About Homosexuality piqued my interest. Surely this was a scholarly journal, right? Well, you can tell how serious they are by their recently published exposé on Grindr. (Perhaps they’re really…interested?). Seriously, read this:

“…think of [Grindr] as a digital bathhouse that facilitates men hooking up for sodomitic encounters–literally telling them how many feet they are from potential sodomy partners.

They call us sodomy partners. How awesome is that?!

Maybe they’re just intrigued by the technology of it all. You know, because heterosexuals haven’t ever really needed technology to express their promiscuity.

This entry from the Freedom Outpost—

OK, so Freedom Outpost obviously has a penchant for accurately reporting world events. You can tell by this headline:

John Kerry to Appoint Open Sodomite as US Diplomat

“John Kerry to Appoint American—Who has Spent his Career Making a Real Difference in the Actual World and Who Happens to be Gay—to Take Up the Important Issues of Human Rights, Specifically but Not Limited to LGBT People.”

But seriously, that headline doesn’t work because it’s far too long.

And it’s far too accurate.

Be not dismayed, however; the pressure is off us gays fairly quickly as they use the Kerry/Sodomite story as the means to decry the evils of Islam and apparently everyone who practices it. Though, I think they blame sodomites for that too, somehow.

Plus, I think they plagarized MovieGuide®.com—The Family Guide to Movies and Entertainment who used the phrase way back in 2009:

…and describe the appointment:

My goodness, if only it can be said I lived a life worthy of having RADICAL SODOMITE ACTIVIST etched onto my tombstone!

And how could I forget? This was outlined on page 93 of the top-secret THE HOMOSEXUAL AGENDA (“The Agenda” for shortsies) we all received when we were converted.

Step 1. Brainwash children.
Step 2. Denounce your Christian values
Step 3. Get a mani and pedi every 2 weeks.

(Only one of these is actually IN The Agenda.)

With respect to the Kerry appointment, another site—fellowshipoftheminds.com—complains that Obama doesn’t have a Christian envoy. (Did they check to see if Berry is a Christian? Though with a husband named Pravesh and two children, he couldn’t possibly be.).

The Obama Administration has no envoy to Christians but the POS has seen fit to create out of thin air a new position in the State Department — a first-ever Special Envoy for Sodomites. (Link.)

Yeah, but it’s because all the candidates for said position are currently representing the Tea Party in Congress. (And did you notice they call the President of the United States a “POS”?! I guess they justify that because they think he’s a sodomite too.)

Of course by now you’re aware of the Sodomite Suppression Act some nutcase in California filed this week. (Thanks, Uganda.) According to attorney Matt McLaughlin, all us homosexuals should be put to death by bullets to the head. And his justification? “Almighty God.”

Suspending for a moment the notion that this could ever happen, can you imagine if every “offender” convicted of buggery (let’s bring that word back!) had to pay a $1 million fine, spend up to 10 years in jail, and were expelled from California for life? Well—I guess that’s your answer to finally getting Hollywood to provide more roles for women. And maybe they could use the funds to finally fix that awful LA traffic.

But it’s not all about sodomy. It’s also about Satan, the number one chief sodomite. Another web site says, “Hell is recruiting” and uses this image, with the caption “the jihad and homosexual agenda…..learn about it.”

Really?! The jihad and the homosexual agenda using a picture from a Pride parade? My copy of The Agenda is obviously outdated. Can someone get me a new copy?

Oh! And according to biblebelievers.com, Florida’s sodomite population is due in large part because Castro “dumped thousands of their unwanted Sodomites” there and refers to us homosexuals as vile, unclean, and an abomination. They will most definitely be calling Matt McLaughlin to help them deal with this.

But you think it’s bad for us Sodomites? It gets worse for transgender people.

Pastor Isaac Peters who describes himself as an “ex-liberal” who “converted to True Christianity™”—yes, it’s a trademarked religious cult—and claims he’s “always Biblically correct,” wrote “Six Bible-backed reasons why God hates transgendered people!” [The exclamation point is his, not mine.]

This pastor says, among other things, that

[OK and although I kinda think lezbionicity is a cool word, according to Google Pastor Peters is the only person on the whole Internet who’s ever used it. Seriously, Google it.]

He also informs the world that “Once you’ve had your tallywhacker cut off, you can stop coming to church.”

I’m not making this up. Really.

Gee, Pastor Peters, I suppose it’s “Biblically correct” to completely ignore verses in that same book, like Matthew 22:30 that says “love your neighbor as yourself.”

Note: I think it’s particularly Biblically incorrect to ignore a verse that’s in the same book not once, not twice, but FIVE times. This directive is also recorded in Mark 12:31, Luke 12:31 and for the anti-shellfishers and adultery-stoners, the old book too: Deuteronomy 6:5 and Leviticus 19:18).

The [self-appointed] “Church of the Living God” theorizes:

“Since the LGBT community can’t add to their numbers by reproduction, they will continue to use federal and state funded and enforced indoctrination, mutilation or other methods to add to their ranks.” (Link.)

Yes, that’s from The Agenda, Chapter 19—Desperate Tactics: “If we can’t convert ‘em, we’ll mutilate ‘em.” You’ve got to be kidding me.

A man whose YouTube handle is “WorkHardEnterHeaven” sits in his car and suggests that “The Devil Satan Wants People To Become Transgender!” (Link.) This guy is priceless. Bless his heart.

So yeah, that’s enough. If this sodomite reads any more, he’ll need to go vomit. Again.

How do you know it’s a Sodomite Snowperson? Well duh! It looks just like the other snowpeople. It wants to work hard and provide for its family, desires the right to enter into a legal union with the frozenperson of its choice, and enjoy cups of cocoa during frigid sleet-storms in March. And ok, it wears a fabulous scarf. 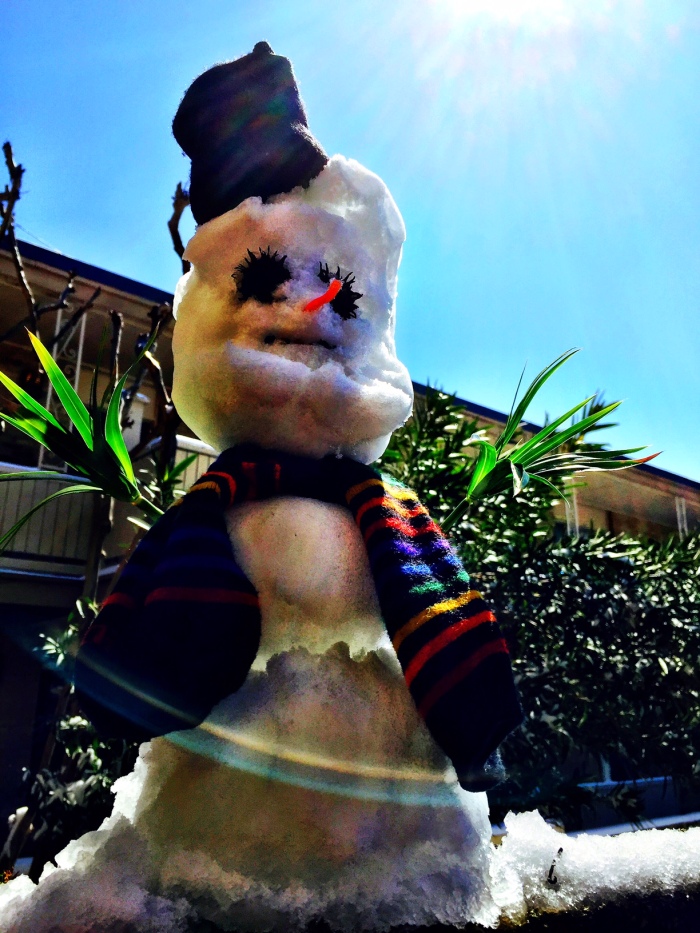 Next week, I want to talk about the basis of much of the ugly narrative being conducted in the name of religion—how it makes us feel and how we can respond to it.

Note: This was originally written March 5 but wasn’t picked up for publication, so I’m posting it here a week later.

Todd Whitley is a Radical Sodomite Activist who writes occasionally for the Dallas Voice and can usually be found tweeting (@toddwhitley), holding a picket sign, thrift store shopping, or eating Tex-Mex.