They’re probably one of the sweetest couples I know.

Mark Calloway and Kent Taylor have been making it work for almost 30 years. A couple that has been together almost since they met, they embody what love looks like and represent a generation devoid of so many lovers. The example of their love stands to remind us that men and women like them have been doing this “committed relationship” thing way before most of us and before “marriage equality” was a gleam in anyone’s eye. 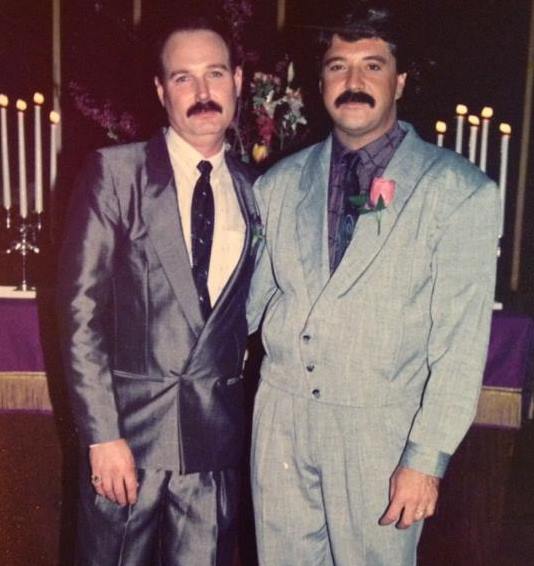 Married before it was in vogue–or Legal

I barely remember my time in Dallas pre-Mark and Kent. Kent will tell you we had something to do with their involvement in the church we attend; I will say they made me know I belonged from the moment I met them and are a large part of why I am involved today.

I remember the first time I saw Mark act in a play in 2012. I was mesmerized thinking I must have been watching a master actor. I wasn’t far from the truth as I was able to perform with him in two other productions and learn from his masterful portrayals. In what would be one of my greatest honors, I had the opportunity to be directed by him in our 2013 production of The Normal Heart. His patience and guidance brought out the very best in me as an actor.

Sweet Kent was never far away at any given moment–always there to encourage and provide the latest news on everything our rehearsals caused us to miss. They both give countless hours of their lives working for causes that benefit those who need it most.

Their hospitality is legendary and they can make a pot roast and vegetables like nobody’s business. Conversation is always sparkling and vigorous and the glass never reaches empty before one of them fills it up.

With a twist of melancholy, I wonder what our world would be like had AIDS not robbed us of a generation. I suspect it would be full of beautiful, loving couples like Mark and Kent who would marvel at the times we live in. They remind me to love fully and strongly and to never take where we are for granted. I am proud to continue the march to live out and proud that they’ve been a part of for decades. And to call them dear friends.

Me with Mark and Kent at the 2015 No Tie Dinner

One thought on “57. two of the sweetest men I know”