Look into his eyes. Imagine this was your 17 year old child.

Who was graduating high school next year.
Who played on the baseball team.
Who participated in academic competitions.
Who worked with children after school at a gymnastics club.
Who was an excellent student.
Who might have* had a girlfriend or a boyfriend.
Who skateboarded and loved basketball.
Who might have* loved pizza and his PS4.
Who enjoyed chilling with his friends.
Who volunteered during the summer at a free thrift store that served his community.
Who might have* been somewhere he should not have been, mixed up in something he should not have been.
Who might have* been terrified when the police pulled over the car he was in.
Who might have* been aware that Black people are much more likely to be killed by police than their white peers.
Who might have* known the 3 other young Black males in his school district who were victims of gun violence since Thanksgiving.
Who might have* had a conversation or an argument in the backseat about what to do.
Who was SEVENTEEN years old.
Who might have* thought the only thing he could do was run.
Who got out of the car unarmed and ran.
Who was shot in the back three times and killed by a police officer.
Who was seventeen.
Who is dead and will not graduate. Will never again eat pizza or play PS4 or chill with his friends or play basketball. Will not return to the children he taught or to volunteer. Will not see his parents or grow up or have a family.

Who was just killed by police.
Who might have* just been killed for being Black in America.

Look into his eyes.

Look into his eyes and imagine this was your 17 year old child. And regardless of what he might have* done or thought or felt, where would your outrage be?

And then #Sayhisname: #AntwonRose.
And then ask what you can do about it.
#BlackLivesMatter 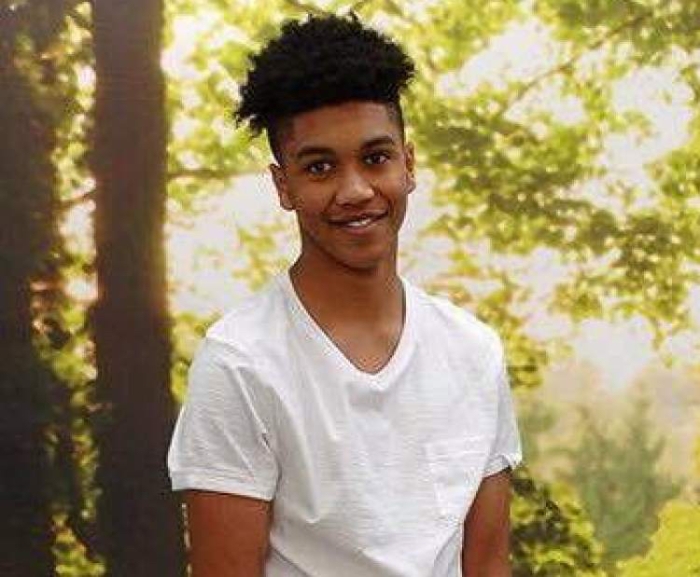 One thought on “Look into his eyes…”