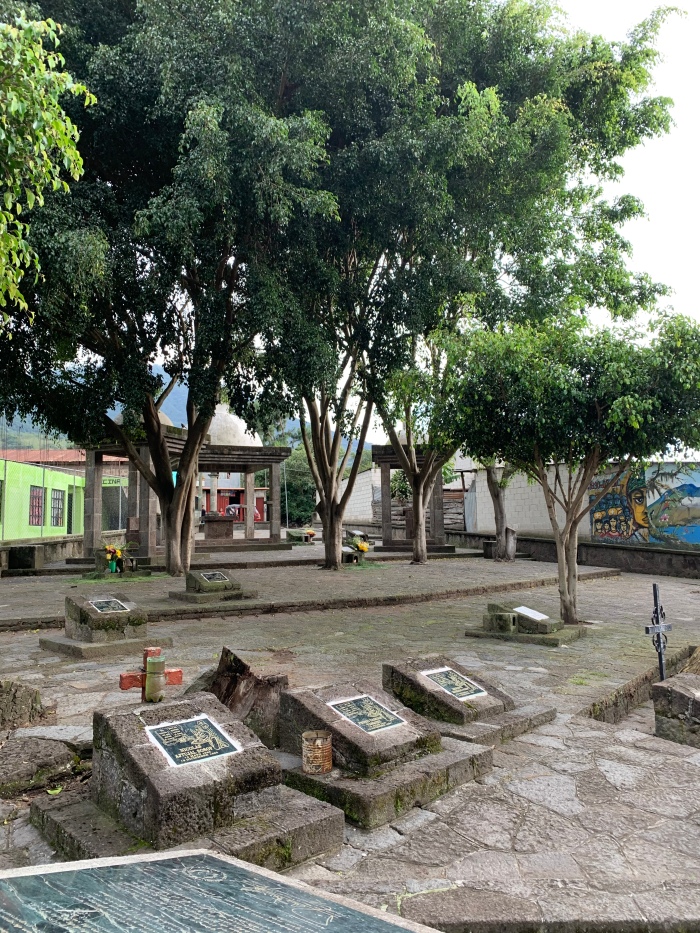 As hundreds of tuk-tuks passed us by—each filled with people and flowers en route to honor their ancestors—we stopped at the Parque de Paz Memorial in Santiago Atitlán, one of the most sacred sites of resistance I have stepped foot on.

The plaza marks where, in 1990—six years before the brutal 36-year [US-meddled-in, stirred-up, and funded] “civil war” would end, over 4,000 Tzutuhil Mayas of all genders and ages confronted the military occupying their town and demanded the return of the mutilated body of one of their own who had caught soldiers raiding his home and was subsequently killed. In response to this act of resistance, soldiers opened automatic weapons fire into this unarmed crowd and killed 14 people—adults and children as young as 9.

“Rather than simply returning to their homes, aroused neighbors spread out through town, waking the mayor and the mayor-elect and ringing the church bells for more than an hour. Several thousand Atitecos gathered in the town plaza, where they were informed of the soldiers’ night on the town. The years of abuse and frustrated anger triggered something in the gathering crowd, who decided to march to the base to protest, led by the mayor and the mayor-elect. Armed solely with white flags, the crowd approached the base, where a soldier addressed them: “What is happening, people? What is your problem? We can resolve it.” As the mayor-elect, Salvador Ramirez, began to speak, one of the soldiers fired into the air, whereupon other soldiers started firing directly into the crowd.” (https://www.culturalsurvival.org/publications/cultural-survival-quarterly/massacre-santiago-atitlan-turning-point-maya-struggle)

Experiencing one of the 626 horrific massacres over this time period, the Atitecos organized, mobilized, and used the media tools available at the time to them to rout the Guatemala army from Santiago! Two weeks after the massacre, as a result of massive popular pressure and national and international outcry, the army was forced to vacate its garrison, and Atitlán became one of the few Guatemalan communities of more than 10,000 inhabitants to live without the presence of a military base.

Some historians refer to this instance of resistance as a turning point in the Maya struggle for justice—as so many of them had been massacred during the brutal war and indigenous communities across Guatemala had been repressed.

It was heartbreaking to stand where they defiantly stood demanding justice, longing for peace, and paid for it with their lives. But it was also, strangely, somehow inspiring—a reminder of how important it is to face injustice and work for peace no matter the cost. In this moment when the veil separating us from the ancestors is so thin, most certainly their spirits circled around those of us gathered in that sacred space. It was as if the breeze carried the chants of their native tongue and the wind whispered their ever present hopes for their homeland, their people, the sacred earth. 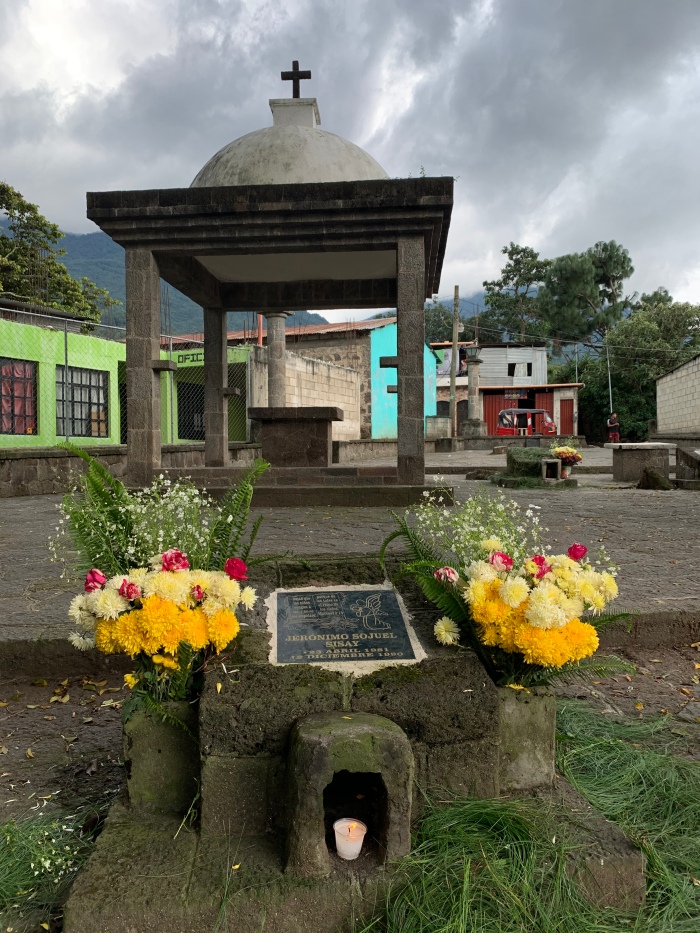 Previous: In the Presence of Wildfires: a prayer

One thought on “Saints of Atitlán”