A lot of the focus of National Coming Out Day is on encouraging women and men who are closeted to break out of that closet once and for all. Back in the day (as if it were so long ago), it was dangerous for people to do so and only the very bravest and most radical were able to do it; most were in urban areas where at least there were others around them.

Harvey Milk was one of the first to go on record with this call:

Gay brothers and sisters,… You must come out. Come out… to your parents… I know that it is hard and will hurt them but think about how they will hurt you in the voting booth! Come out to your relatives… come out to your friends… if indeed they are your friends. Come out to your neighbors… to your fellow workers… to the people who work where you eat and shop… come out only to the people you know, and who know you. Not to anyone else. But once and for all, break down the myths, destroy the lies and distortions. For your sake. For their sake. For the sake of the youngsters who are becoming scared by the votes from Dade to Eugene.

And now, I want to go on record with my own plea:

Straight sisters and brothers … Christ-followers, agnostics, aethiests … Come out in your show of support for your gay family members, friends, co-workers, the girl at the grocery story, the students in your classroom. I know that it is hard and that you may lose friends or possibly have to move churches. But think of how religion and politics and bigotry are hurting gays, lesbians, and transgendered people. Come out in your church, come out by refusing to support a political party and politicians who are dead-set on denying equality to all Americans. Come out on Facebook, to everyone you know, so that everyone will see you no longer believe the myths or support the lies and hate. For our sake and for yours—particularly our precious youth—from Granbury to Richmond.

I’ve said before that the fight for equality could not have been started without the hard work and sacrifice of a generation who refused to accept being treated as second class citizens. But the war against bigotry and hate and repression will be WON when our heterosexual allies stand up and fight with us.

In our very lifetimes, we are witnessing the dramatic shift of the attitudes of heterosexuals—many of them identifying as Christian—COMING OUT and saying

These words bring not only solace to our broken hearts, it sets a powerful example to others to do the same.

Yes, it is vital that those who identify as homosexual let the world know they are “here and queer” (and we prayerfully lift up those who will do this at great peril–risking even their own lives–to do so). But it is just as—no, more—vital that heterosexual women and men come out just as bravely and defiantly to support LGBT people: to encourage them and help them find acceptance in their communities and their churches.

If you are already out as a straight ally, I thank you.

If you are not out, if you are scared of what others will say when you do come out, then I encourage you to bravely break out of the closet of fear that restricts your innate ability to show compassion and love. Educate yourself on other movements where the courage of ordinary people turned the tide in those pursuits of equality, and…

It hurt a lot of people.
Offended even more.
I allowed others and myself to question the beauty of God’s own creation in me, my faith, my worthiness.

Like a newborn fawn trying to get used to his legs, coming out was awkward and difficult. But it was a necessity; I could no longer pretend or deny or click my heels and wish it away.

Upon coming out, I still had the same life, the same family, the same job, but just about everything else was different. And it was hard.

Slowly, I stretched my legs and began to stand, awkwardly at first. Looking back, I realize this would have been impossible without the nurturing of a small group of men and women who surrounded me (and surround me still) tightly, with their protection and encouragement. 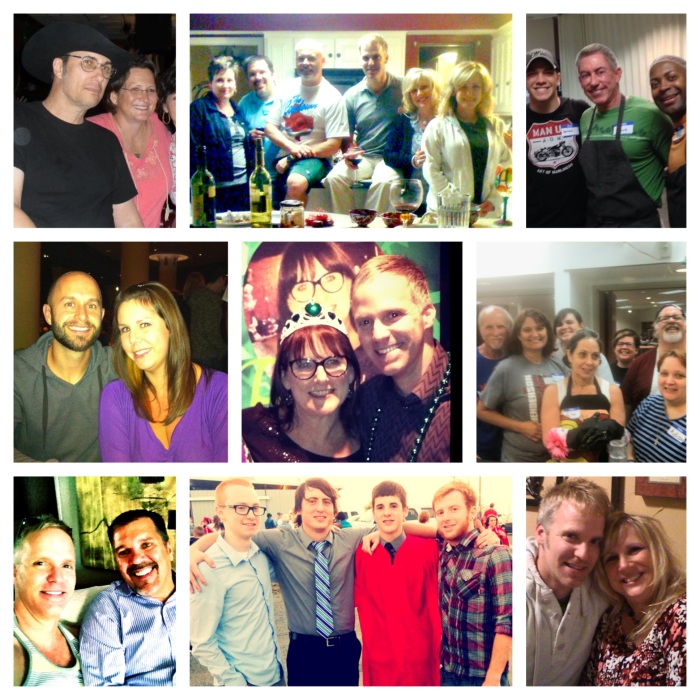 These beautiful people—along with my little brother, my mothers, my aunts, my sisters, and others in my community—all helped me get used to my new legs to the extent that I began to experience life with a zest and a joy I had never known. These people validated my new-found authenticity and nurtured my very soul.

Please realize the impact you could have on another human being. On the world.

7 thoughts on “Coming out matters, especially if you’re straight.”