“Coming out”—a metaphor that carries with it many connotations: courage, authenticity, character. Although the phrase has become synonymous with being gay, to come out has had a much broader implication for my life.

My own “coming out” actually did include a “once and for all” admission that I was gay. (And also apparently the last one to know.) But there was more to it than that: my choice to come out Todd, fully and completely, began the process of no longer hiding all of who I was behind a wall of shame.

But what gave me the courage to do that? Well—I should ask who not what, because there was one person in my life who paved the way for me to come out, by showing me it was OK to be exactly who you are regardless of your sexuality, not in spite of it.

Kenny Hill and I worked together for….ever. (We’ll leave it at that.) We became friends, probably initially in that way that we both saw a bit of ourselves in each other—creative, determined, visionary—and also because we knew we were “family.” (In our neck of the culture, “family” means “gay.”) We were deeply closeted (refusing to admit to ourselves and others) to protect our family and careers. And we did really great work together.

Over the years, as our friendship deepened and extended to our closest friends and family, I would eventually confess to him what I thought I’d hidden so well. His response was something I’ll never forget:

“Girl, you are not hiding anything.”

We laughed it off and continued our individual, painful deceptions, trying to be what we weren’t and hating ourselves for it.

And then one day—he took one of the bravest steps a human being can take toward authenticity.

He came out, wholly and completely Kenny, saying, in effect, “This is me. I am still the same person. I still have the same sense for business. I still love my family. But no more hiding. No more denying this part of my self.”

I held my breath and watched what happened. It was not easy for him; there was a little fallout for a time but by-in-large the earth did not fall off its axis. He continued to excel at work. Life went on. But what I did notice was decades of shame slide off his shoulders and a joy for life emerge like I’d never seen him express. And then—once he truly began to love himself—he found what he’d always been searching for: the great love of his life. I believe the latter blessing is directly connected to his decision to be his authentic self. 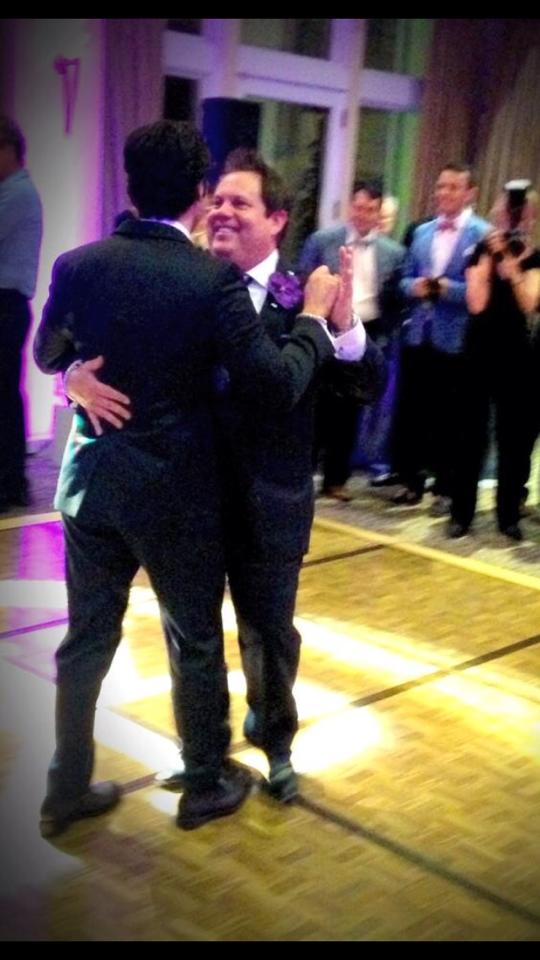 Newly married, Kenny dancing with the man of his hopes and dreams (2014)

Knowing my secret, Kenny never used this newly found freedom as something to bully me with. He would listen to me time and again talk about my struggles, my marriage, my fears, my hopes. He would just listen—throw in a sarcastic comment now and then to lighten the mood—and give me this knowing grin, with a gleam in his eye (and if you know him well, you’ve seen it) as if to say “I’m your friend now. And I will be your friend when you get there.”

During the time when I finally came out—some of the most freeing yet tumultuous months of my entire life—Kenny was right there supporting me, providing encouragement in my career and personal life. I’ll never forget that business trip we had two weeks after my “bombshell.” He knew I was struggling with some guilt over the pain I was causing my family but he did everything he could to be the stalwart friend I needed at just such a time.

And eventually, like was the case with him: life picked up, resumed its normal pace, and I began to grow into my newly realized, authentic self.

Kenny’s strength to face who he was and put so much at risk to be his authentic self inspired me toward my own authenticity, then and now. Doing so—coming out whoever and whatever we are created to be—makes all the difference in the world: in our vocations, in our relationships, in our own sense of happiness.

It certainly has for me.

I’m still growing into that self. And I’m still grateful Kenny paved the way for my own journey toward becoming my authentic self. 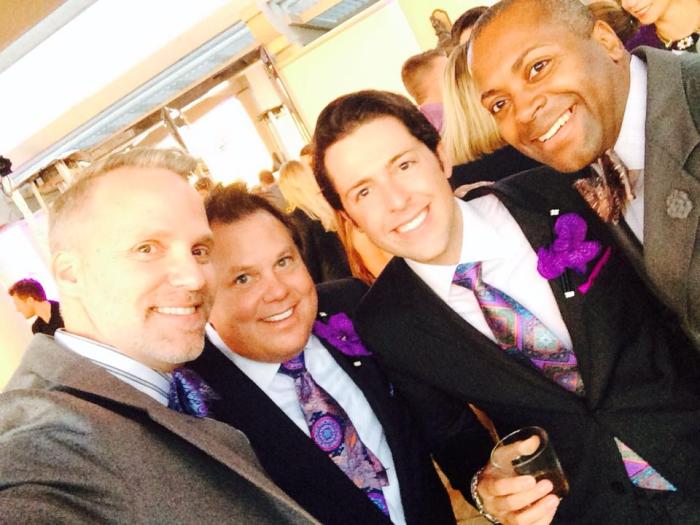 With the happy couple, inspiring us with their love